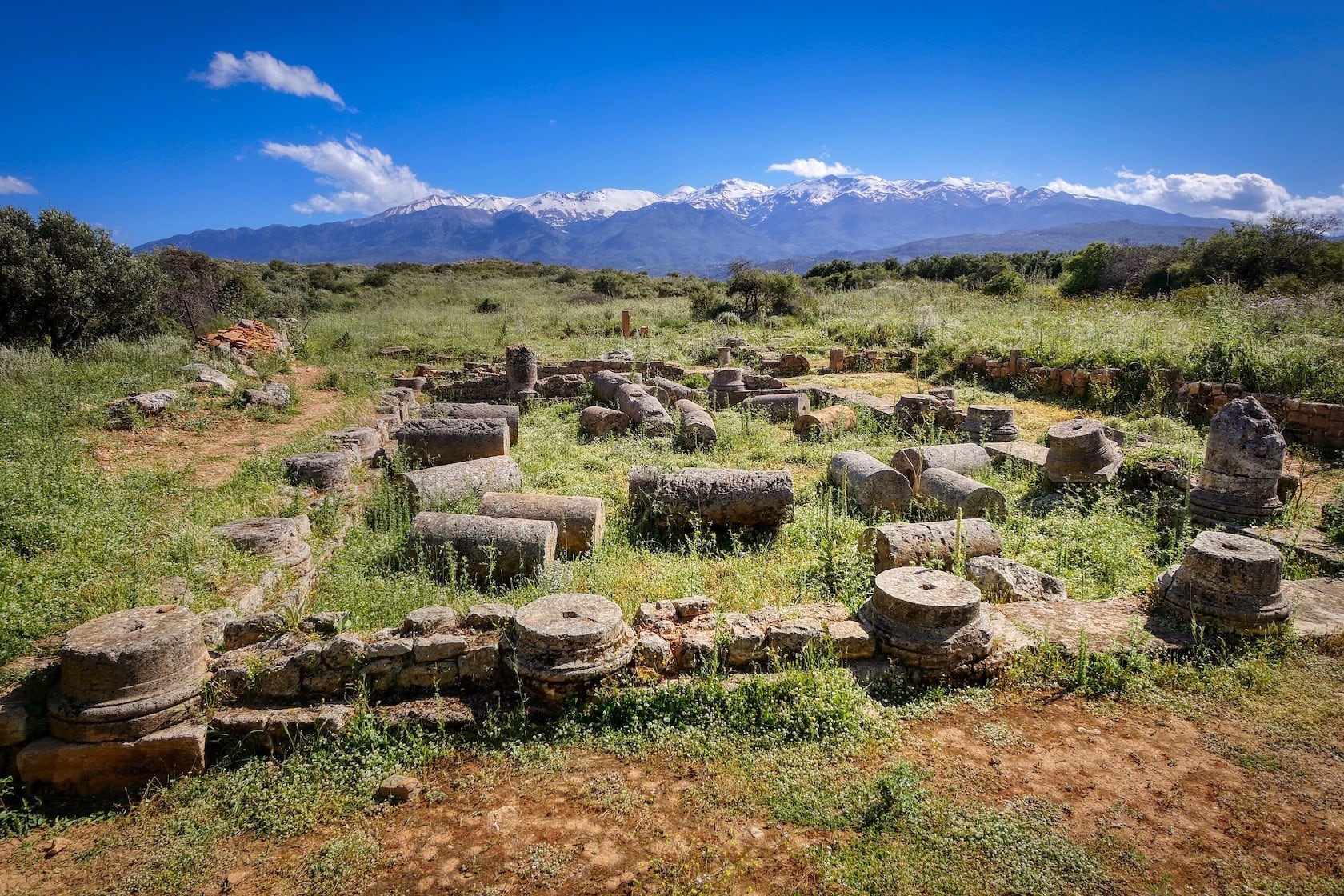 Actual travel is for the moment impossible. The (nearest) next best thing is to embark on an online journey through the world’s most captivating sights and spots, including Crete. We all hope and pray that this too shall pass. And as soon as it is over your Europeo rental car Crete shall be waiting to take you on a fascinating journey to the island’s stunning landscapes and sites, like the Ancient town of Aptera.

The pandemic has brought the world to a halt. More and more of us around the globe are asked to stay home. We are also simultaneously called to abandon, or at least modify, many dearly beloved, deeply rooted, lifetime habits and routines. Getting away from it all, on a far-flung or nearby trip, included. With the coronavirus crisis, undeniably, our upcoming holiday plans are at stake, too. With so many countries closing down their borders, worldwide events called off and local attractions shut down, travel at the moment seems unlikely at best. But no one can stop us from dreaming about our future getaways. If only to stay sane. To fuel your wanderlust a little further let us tell you more about one of the most fascinating sights in Crete: The ancient town of Aptera in Akrotiri. A magical place of stunning natural beauty and marked archaeological interest, easily reached by your Europeo rental car Crete.

One of the largest and most powerful city-states in antiquity, Aptera is mentioned as early as the 14-century BC, in Linear B writings from Knossos. Perched on a rocky hill with commanding views over Souda Bay all the way to the White Mountains and Apokoronas, Aptera boasts a unique and enviable geographical position: No less thanks to which it was able to become the most important commercial and political centre of western Crete, from Minoan through Hellenistic times when the decline began.

Natural fortifications aside, Aptera in its heyday, was protected by large cyclopean walls. It also had two harbours, Minioa (nowadays known as Marathi) and Kissamos (below the village of Kalami ), thereby controlling all maritime activity in Souda bay. Archaeological findings reveal that Aptera had their own currency and flourishing war industry, while its ships, laden with local goods and exports, travelled all the way to Italy, Greece and the East. Despite its relative decline in the Roman and Byzantine era, Aptera was continuously inhabited until the 7th-century and even had its own bishop. However, a devastating earthquake, which was soon followed up by successive pirate raids brought an end to its existence around 820 AD. Nowadays the well-kept ruins stand as living testaments of the city’s glorious past.

Select the vehicle that suits your party size and style from Europeo rental car Crete comprehensive collection and make yourselves comfortable. Then it is just a short 13 km drive east from Chania before you reach the rocky plateau of Aptera. There you’ll get the chance to admire vaulted Roman cisterns, private and public baths, large private residences with columned courtyards, an ancient auditorium, orchestra and the first tier of a theatre as well as a well-kept necropolis with carved tombs.

Travel in time, through history and myths with your Europeo rental car Crete

And if going back in time is not enough, here is one of the most fascinating legends surrounding the ancient city of Aptera: Greek mythology places the scene of an epic musical competition between the Muses and the Sirens in this hilltop location. Before it became Aptera, it was a renowned centre of music and arts. As the story goes the Sirens lost to the Muses. Allegedly they were so devastated that their wing’s feathers (ptera in Greek) fell into the sea. These white feathers were then transformed into a cluster of tiny islands- the neighbouring Leukes (i.e. white) in Souda. Aptera, on the other hand, got a new name which literally translates to “without wings”.

Crete is in fact packed with fascinating age-old tales and myths. Discover its striking diversified landscape but also the wealth of backstories behind each locale with Europeo rental car Crete special offers. It might not be the time to leave the safety of your home just yet. But you’re nonetheless free to fill your travel adventures bucket list from the comfort of your couch. Then you’ll be all set and ready to go when we will once more be welcoming you in Crete, hopefully, later within 2020.