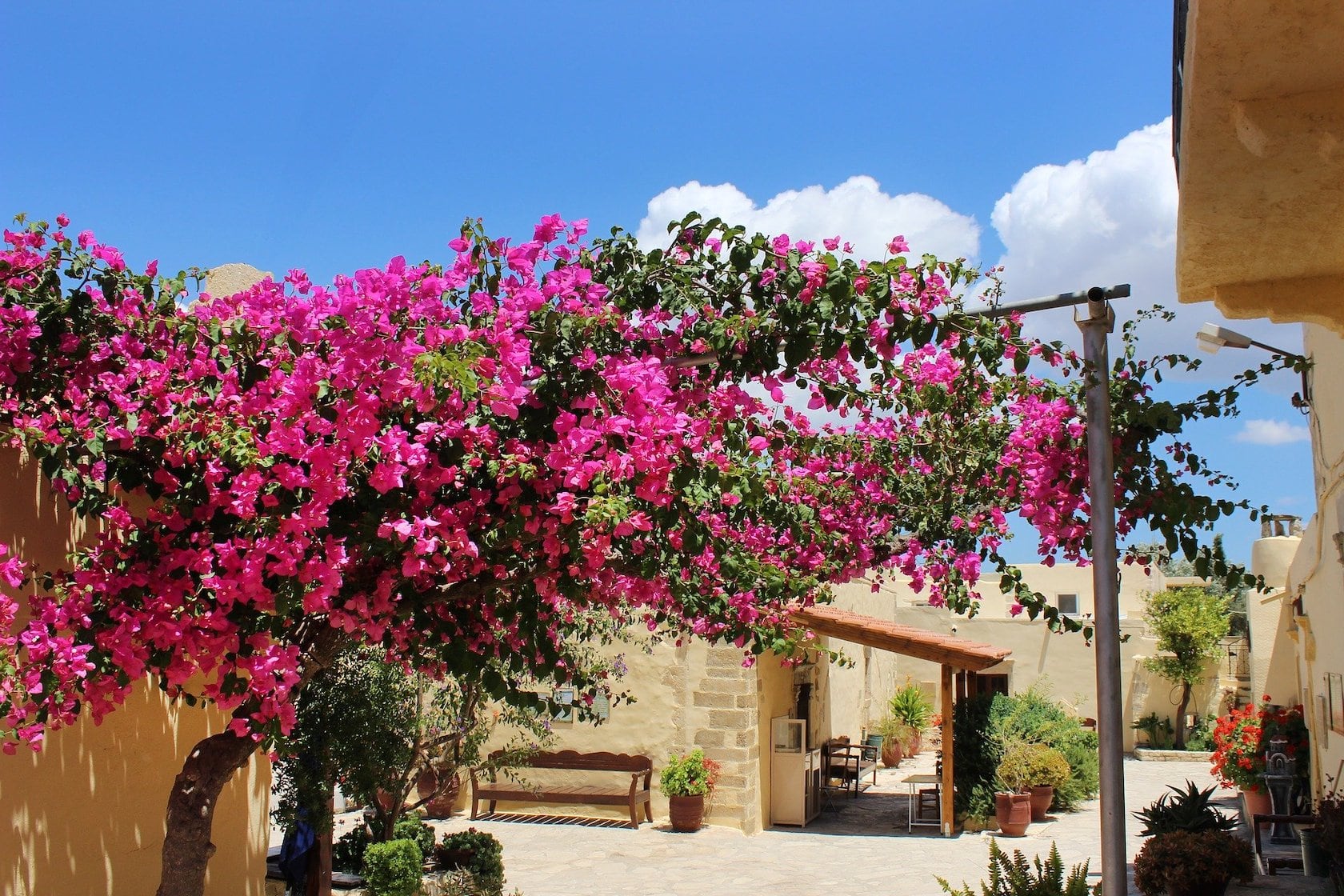 Ancient structures climbed on high cliffs or stretched out in fertile valleys. With commanding views and a wealth of stories to tell: Cretan monasteries stand as living testaments of Crete’s great past, attracting visitors with diverse interests: From religious tourism and history fans to peace and quiet seekers, architecture and nature lovers.

Paying tribute to their legacy, myths, and contemporary role and contribution, Europeo Crete Car Hire presents the second part of its feature on the monasteries of Crete.


Read on for inspiration and ideas on what to do in Crete. This time, dare to wander off the beaten track. Open up your horizons, go to places beyond the ordinary and the expected. The best way to do so is with your affordable yet reliable Crete Car Hire. So once you set foot on our island choose the vehicle that suits your party size, individual preferences, and needs, among the large and economical selection of Europeo Crete Car Hire, and embark on a fascinating journey into Cretan history, culture and landscapes.

During the Ottoman occupation, it was the area’s most important religious and spiritual center: A kind of school for the local community. A century or so later, after the heroic battle of Crete in 1941, the monastery assisted the defeated forces to escape from the beaches below. However, a large number (about 5.000) of English, New Zealand, and Australian soldiers remained stranded on the island. The Germans warned the monks that they would retaliate if they helped these soldiers but the monks and locals from neighboring villages helped them anyway. Commemorating the 60th anniversary of the Battle of Crete, an international memorial dedicated to peace was erected in Preveli’s lands, against a stunning seascape and panoramic vistas.

Art lovers should also note that the monastery’s museum boasts an interesting collection of icons dating from the 17th to the late 19th century.

Easily accessible with your Europeo Crete Car Hire, Panagia Chrissoskalitissa is built on top of a promontory right above the famed beach of Elafonissi. Dedicated to the Dormition of the Virgin Mary, this 17th-century, all-white monastery, is surrounded by captivating legends. Its name, Chrissoskalitissa, translates to golden steps. According to one version, this is because one of its 90 steps is golden, but only those with a pure heart can see it. Another story says that the whole staircase was originally made from gold, but that gold was given to the Sultan as a tax. Legend also has it that when Turkish soldiers tried to loot the monastery in the Easter of 1824, a swarm of bees attacked them at the entrance, thereby saving the day. It is also said that Chrysoskalitissa hosted a forbidden Greek school (krifo scholio) during the Turkish occupation.

Fascinating scenery and folklore aside, the now inhabited, fully operational monastery also features a museum with displays and mementos from the Cretan Revolution.

Dedicated to the Holy Trinity, the Monastery of Agia Triada, just 15 km from Chania on the Akrotíri peninsula is one of the wealthiest and most beautiful in Crete. It was built in the 17th-century by Venetian nobles and scholars Jeremiah and Lawrence Tzagarol and it is heavily influenced by Renaissance architecture. The monastery has ornate church exteriors and a beautifully tended inner courtyard. There is also a museum with a large collection of woodcarvings and icons. This Patriarchal monastery has furthermore managed to find its way into the present with the production and distribution of organic olive oil, wine, honey, vinegar, and high-quality olive oil soap.

A good idea is to combine your trip to Agias Triados monastery with a visit to Gouverneto or Our Lady of the Angels just 4 km away and 19 km north of Chania: Resembling a Venetian fortress, with Renaissance and Baroque influences, this is one of the oldest Cretan monasteries, inaugurated in 1537. Inside there is a small museum with ecclesiastical art and relics. Outside to the north, there is a paved footpath leading into the Avlaki Gorge, running down to sea level. Walk for about 20 minutes to discover the famous Αrkoudospilios (Bear Cave). The story says that a bear was turned to stone and then became a great rock inside the cave. Venture a bit further down to find Katholiko Monastery and the church of St John the Hermit. Difficult to reach, the whole area hosted one of the most important centers of asceticism in Crete during the 11th-century. Nowadays one may still see the former hermits’ caves and also remnants of the quite elaborate ecclesiastical complex which was constructed there in the 17th-century.