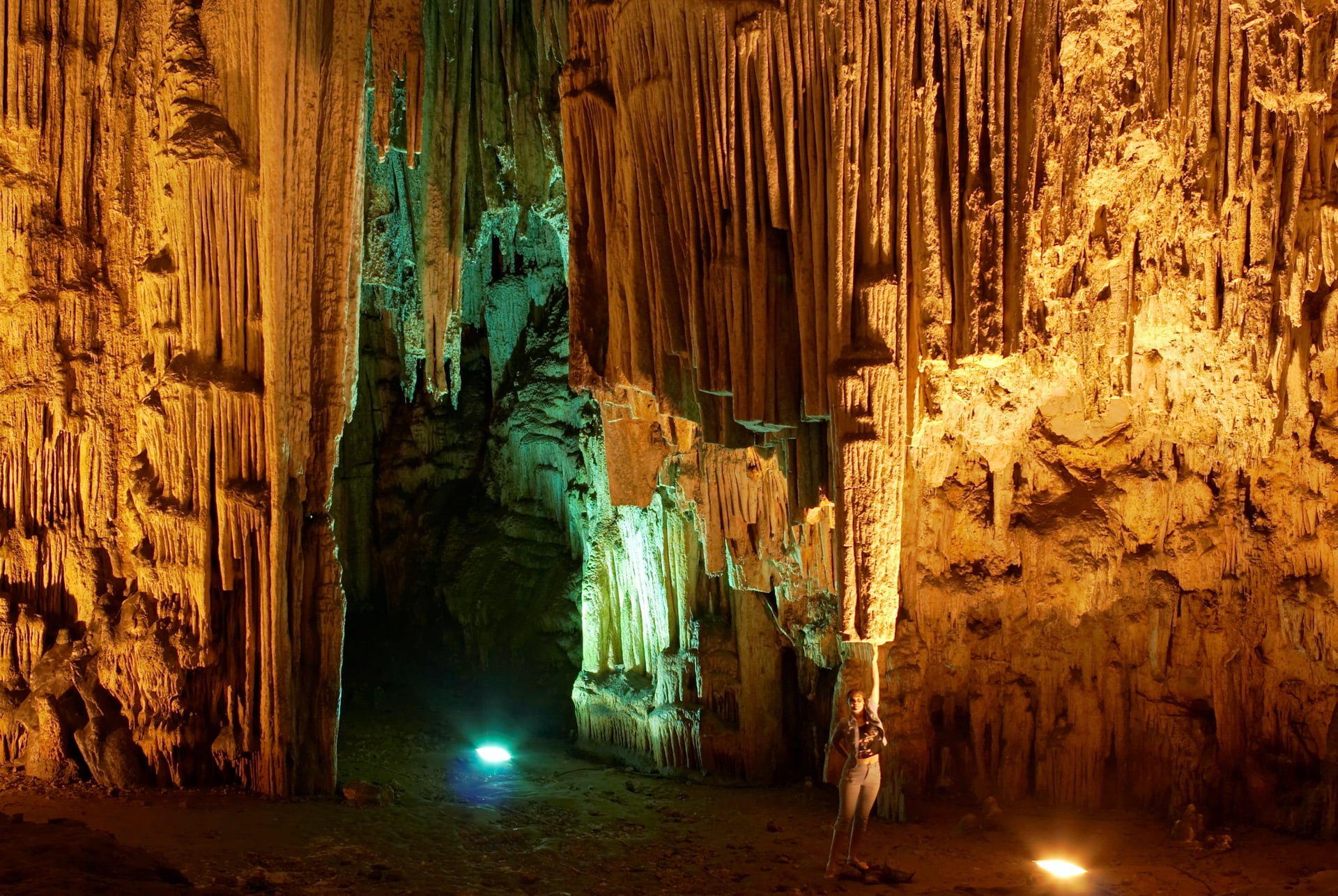 Steeped in myths, legends and culture, with inspiring landmarks, exotic beaches, dramatic mountains and Eden-like countryside, Crete is a top bucket list item for history buffs, nature lovers, hikers, foodies and everyone in between. Whether you prefer lounging on sun-dappled shores or conquering breathtaking mountain peaks, you’ll be spoilt for choice. To help you make itinerary planning just a little bit easier, here are some of the best places to visit in Crete.

Stunning landscapes. Top class archaeological sites. Vibrant towns. Quaint villages. Authentic people. Fascinating customs. Gorgeous weather. Heartwarming hospitality and that’s not to mention the world’s healthiest -and arguably tastiest- cuisine. There are myriads of reasons for which to fall in love with Crete. Alas, its attractions might be limitless, but time, more often than not, isn’t. To help you make the most out of your holidays on this sun-kissed island we have compiled a concise guide of (some of!) the best places to visit in Crete. The list is really inexhaustible, so this month’s blog post will be focusing on the attractions of Rethymnon– plus the lowdown on the Heraklion Archaeological Museum.

Take your pick from Europeo Cars’ well-rounded collection of vehicles– from practical superminis to luxury SUVs, there is something to match every style, need and whim- and set about exploring.

Some 23 km and about half an hour’s drive east of Rethymno, in the southern part of Mount Kouloukonas, there is a cave with impressive stalactite and stalagmite formations, called Gerontospilios (“Old Cave”). It is also more commonly known as Melidoni Cave, named after the homonymous neighbouring village, which in turn owes its name to the Cretan revolutionary Antonis Melidonis who was born there.

Boasting archaeological, historical and speleological interest, the cave seems to have been frequented by people for as long as there is a human presence on Crete. Illegal excavations in the first part of the 20th century have unearthed Neolithic tools and a bronze double-axe that is now featured in the Heraklion Museum. More systematic excavations in 1954 uncovered pottery dating to the Late Minoan, Geometric, and Roman periods. Moreover rescue excavations, which started in 1987 when the cave was about to be turned into a tourist attraction, brought to light various findings indicating that the site was used as a place of worship and ritual in the second millennium BC.

In Minoan times, Talos, the bronze giant robot who guarded Crete from its enemies, was worshipped in Melidoni. By the late Roman period, the cave was associated with the messenger god Mercury – Hermes. In recent history, it became a symbol against oppression:

Ιn October 1823, 370 civilians, including women and children, along with 30 Cretan resistance fighters sought refuge in the Melidoni cave in their attempt to hide from Hussein Bey. When he found out he asked them to surrender, but they didn’t. The Turks failed to dislodge the refugees and eventually lit a fire near the entrance, which they blocked off, and channelled the smoke into the cave. Those heroic men, women and children were choked to death in January 1824. Nowadays an ossuary containing their bones reminds visitors to honour the memory of those who stood up against tyranny.

25 km southeast of Rethymno, on the slope of Mount Ida, Eleutherna is one of Crete’s most important ancient city-states, with a long and glorious history: Built in the 9th century B.C. by Dorian settlers, it thrived almost uninterruptedly until 796 A. C. when it vanished from the map thanks to a combination of Arab attacks and a tremendous earthquake.

A capital city of the Geometric and Archaic periods, Eleutherna minted its own coins as early as the fourth century B.C and sided with Knossos an aeon later. During the classical period, unlike other Cretan superpowers, Eleutherna continued to flourish, counting among its inhabitants prominent figures such as the poet Linus, the philosopher Diogenes, the lyric poet Ametor, and the sculptor Timochares- father of Pythokritos of Rhodes, who is according to some sources the creator of the famous Victory of Samothrace. Eleutherna also prospered throughout Hellenistic and Roman times, while in the early Byzantine era, it became a Diocese with a great basilica -the remains of which survive until today.

Most traces of the ancient city-state had been erased after its destruction in the late 8th century A.C. But the tide turned in 1985 when the Ministry of Culture granted the University of Crete permission to excavate the site. Several decades of excavations brought into light significant findings, such as the organized cemetery of the Geometric Age and the water tanks, among many others. Nowadays Eleftherna is the most important archaeological site of Western Crete, while its recently launched archaeological museum is considered tantamount to those of Olympia, Delphi, and Vergina.

Within the wider region, it is also worth visiting the Necropolis of Armeni dating from the post-Minoan age (13th – 12th century B.C.) and Axos village -one of the most important cities of the Minoan, Geometric and Roman periods.

30 km southeast from the postcard-pretty town of Rethymnon, Margarites village boasts a long-standing tradition in ceramic art: Pottery, in fact, has been the locals’ main occupation since Minoan times. Nowadays there are 17 ceramic workshops and shops that keep this legacy alive. Some are open to the public; with elderly craftsmen demonstrating how the pots are hand thrown and making all sorts of ceramic items, including imitations of ancient Minoan ware.

Artistic interest aside, Margarites is particularly picturesque with beautiful views and tranquillizing vibes. There are plenty of cafes and tavernas to sit back and relax; while ιts narrow winding streets are strewn with examples of glorious architecture -Venetian doorways and Byzantine churches like Agios Ioannis Theologos, with frescoes from 1383 A.C.

The village is also home to a Late Minoan Vaulted Grave: Dated back to 1350 B.C, it once housed the bones of a family belonging to the upper echelons of society and is one of the most important archaeological monuments of Rethymnon.

Passing among verdant rolling hills, the route from Rethymno town towards Arkadi, Eleftherna and Margarites is particularly scenic, with striking landscapes and soul-restoring vistas.

Knossos is nothing short of sensational. Yet before venturing to King Minos’ legendary labyrinth palace, make sure to get your fill of ancient Cretan history at the Heraklion Archaeological Museum in the centre of the city. The pride of place goes to the Minoans: Look out for the beautiful 3.500-year-old frescoes from Knossos depicting proud and slender young men and women in vivid shades of terracotta-red, ochre yellow, and cobalt blue.

Catch sight of the incredibly delicate Malia Pendant dating from 1800 BC and the glazed ceramic Snake Goddess made circa 1600 BC. And if you are into Indiana Jones type of mystery, check out the Phaistos Disk: Dating back to the second millennium BC, it is made of fired clay and bears a curious spiral of hieroglyphics. Scholars have argued that they are symbols of the Linear A and Linear B scripts that were used in ancient Crete. The problem is that Linear A is yet to be deciphered, so the Phaistos Disk remains one of the most persistent archaeological puzzles.

Pro tip: Buy a ticket for the museum and the site for a discounted price!

Rich in myths, mystery and natural wonders, Crete boasts manifold attractions. Stay tuned to our blog for more ideas and suggestions about where to go and what to do on Greece’s largest island.

Offering car rental services in Crete for more than 30 years, Europeo Cars is a well-esteemed company with a large collection of vehicles to suit every need or whim:

From economy superminis to medium & large family cars and from luxury jeeps, to minibuses, station wagons, minivans and automatics, there is a perfect match for every party size, composition and taste. Aside from its rapidly expanding and impeccably preserved fleet, Europeo Cars is also renowned for its unmatched car rental prices and unbeatable special offers. Having rightfully earned the title of the most economical car hire in Crete, the company boasts stellar customer, service and a crystal clear, fully transparent car rental policy with no hidden terms and conditions. All you have to do is contact Europeo Cars and reserve your prefered vehicle via website or phone, even a few hours before your departure. Then it is the open road that awaits on the island of Crete.