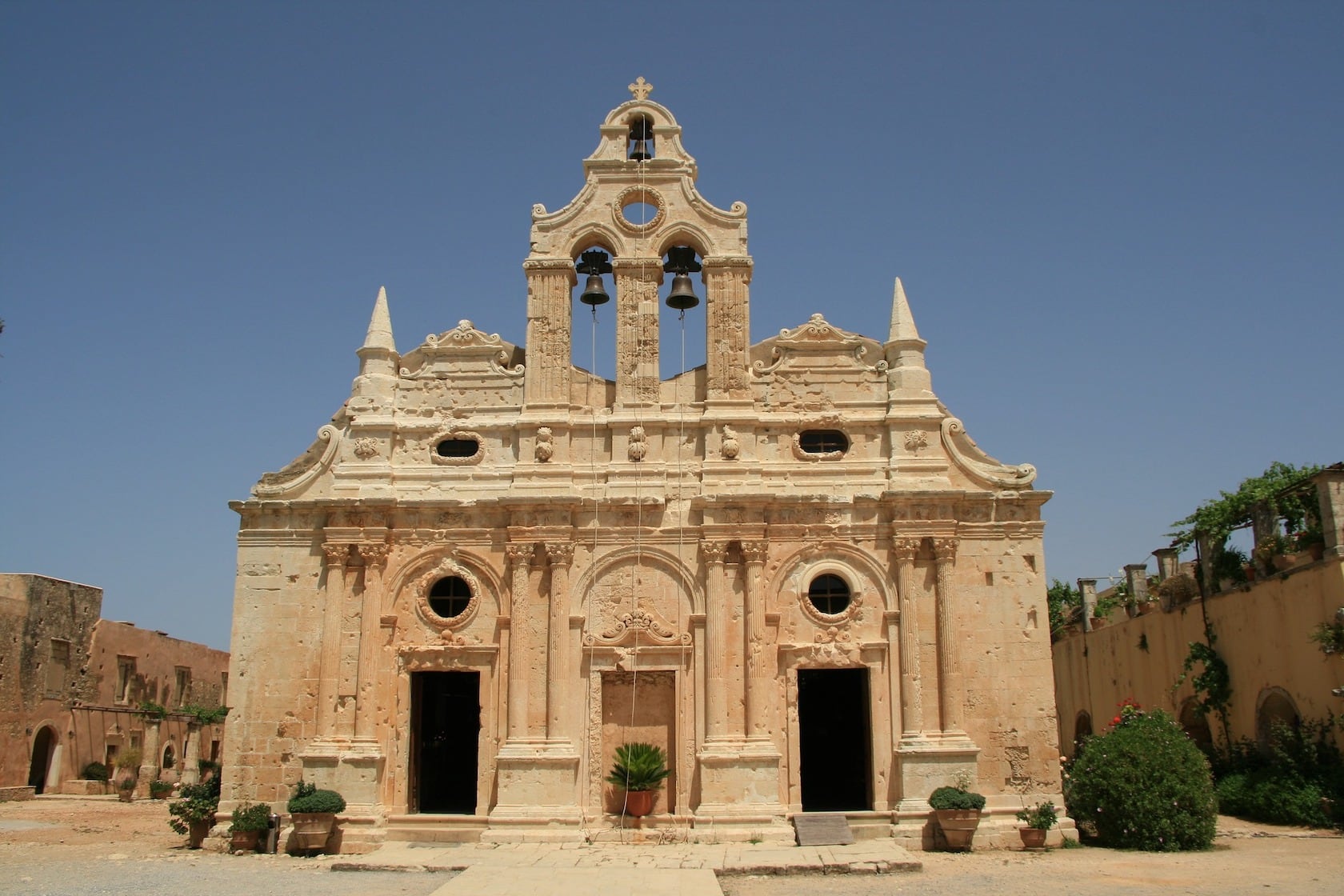 Crete is gifted with some of the world’s most exotic shores; which may be enjoyed over this blessed island’s typical 300 sunny days per year. But it also looks and feels spectacular (sometimes even more so!) in bad weather. If you can’t stay on (or are tired of) the beach why not rent a vehicle from Europeo Car rentals in Crete and just set about exploring the island’s other manifold delights?

A short lesson in Cretan history

Crete’s liberation from the Arabs in 961 AD, by Byzantine Nicephorus Phocas, was followed by a period of a cultural renaissance, which continued well into the Venetian era. Most Cretan monasteries, small and large, still operational up to today, were founded during this time. Climbed up high on steep cliffs, scattered across fertile lands, these imposing structures were great centers of Orthodoxy. But they also played an equally pivotal role as hubs of resistance in the Cretans’ struggles for liberation from the Ottomans. In fact, they were the only places where Christians could find shelter and organize their military operations, and this is why they were frequently attacked and brutally destroyed by the Turks. Nowadays Cretan monasteries stand as both majestic emblems of the Christian faith and powerful symbols of martyrdom and strength.

This is why religious tourism enthusiasts from all over the world every year rendezvous in Crete to discover their secrets. Yet even if you are not particularly pious or devout, with their gripping tales, stunning locations, and architecture, you’ll find Cretan monasteries quite spellbinding too. Some of the prime examples include Toplou in the far east of the island, Arkadi close to Rethymnon, Preveli on the South coast and Agia Triada and Gouverneto on the peninsula of Akrotiri near Chania.

Choose the vehicle that suits your party size, individual preferences, and needs amongst the large and economical selection of Europeo Car Rentals in Crete and embark on a fascinating journey into Cretan history.

Crete’s second most visited place, after the archaeological site of Knossos, the historic Arkadi Monastery, nowadays recognized as a European Freedom Monument by UNESCO, is located 23km east of Rethymno: Near the village of Amnatos which is easily accessed with your vehicle from Europeo Car Rentals in Crete, at an altitude of 500m, on a fertile plateau with olive groves, vineyards, pine, cypress and oak trees.

Allegedly founded either by Byzantine Emperor Arkadios in the 12th century or by a monk called Arkadios, the namesake monastery, sporting marked Renaissance, Roman, and baroque influences, is surrounded by a thick, high wall which made it impregnable from its enemies. As early as the 16th century it had evolved into a hub for science and art, featuring a school and a library. It also provided monetary, ethical and practical support to the local community. In fact, Arkadi played a pivotal role during the Cretan Revolt in 1866: As the struggle culminated local priests and villagers -some fighting age men but mostly women and children- locked themselves up within its walls, and after three days of uneven battle under the abbot’s command, decided to blast the gunpowder warehouse to avoid surrendering. The massive explosion killed the congregated Greeks but also several of their invaders. This heroic act of defiance would remain in history, marking the beginning of the end of the Cretan insurrection: It was a tragic moment that caught the attention of the world, thereby paving the way for the liberation of the island in 1898.

One of the most significant monasteries in Crete, dedicated to Panagia (Virgin Mary) and St. John the Theologian, Toplou sits about 6 km north of the village of Palekastro and 85 km east of Agios Nikolaos, in a dry, barren and quite striking area in Lasithi near Sidero cape. Originally named after Panagia Akrotiriani (Virgin Mary of the Cape), the monastery was to be subsequently called Toplou, which in Turkish literally translates into “with the cannonball”. Founded in the mid 15th century, the monastery was plundered by the Knights of Malta in 1530; shattered in 1612 by a strong earthquake and then, thanks to its strategic position, rebuilt with the aid of the senate of the Republic of Venice, then ruler of Crete. Although thriving for a couple of decades, in 1646, after the surrender of eastern Crete to the Turks, the monastery was once more abandoned; until 1704, when under the aegis of the Patriarch it acquired special privileges including the possession of a cannon and cannonballs for defensive purposes. As it is the case with most Cretan monasteries, Toplou played an important role during the War of Independence; whilst later in WW2 during the German occupation of 1941-44, Toplou provided shelter to resistance fighters and housed their wireless radio. As a result, its monks and abbot were slaughtered.

Surrounded by strong, high square walls, in spite of its stormy history, Toplou has managed to salvage many of its works of art; featuring a collection of important Byzantine icons, books and documents, ancient engravings and artifacts, including portraits by famous painter Thomas Papadoperakis and frescoes by renowned iconographer Manolis Betinakis.
Nowadays only four monks live within its premises, but the monastery owns a massive estate which is systematically cultivated, producing prime quality bio products: Wine, raki and olive oil, marketed under the brand name “Toplou” and available for sale there and at selected stores throughout the country.

Wine tasting aside, there is an extra good reason to visit Toplou, as within a few kilometers drive with your economic vehicle from Europeo Car Rentals in Crete, you’ll reach the wonderful Vai Palm Forest with its exotic beach.

Crete’s stunning landscape, dotted with natural and manmade miracles, just beckons for exploration, ideally at your own pace, at your leisure; without any hidden costs or nasty surprises, in your vehicle of choice from the premier Car Rentals in Crete. Shrines of spirituality, devoutness and perhaps most importantly, Cretan pride, the aforementioned sites are just a small sample, as the island, in fact, boasts more than 300 churches and convents. Take advantage of Europeo car hire Crete autumn & winter offers to gain in more ways than one. Begin with the basics and stay tuned for the 2nd part of our guide to Crete’s most fascinating monasteries.