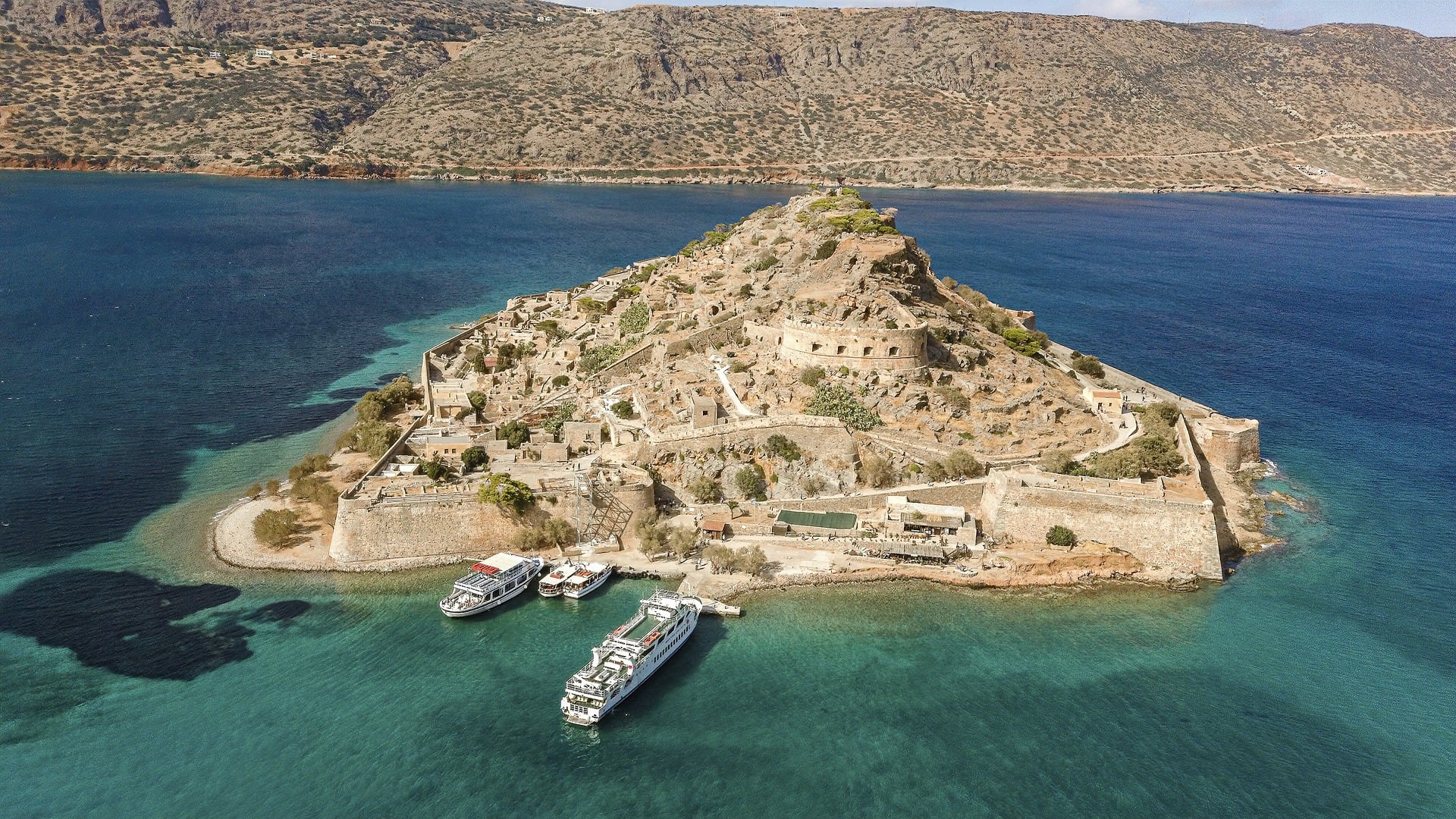 A journey to Greece’s largest island is filled with adventure and beauty and touched by the divine. With 4,000 years of history that is kept alive by the pervading legends inextricably intertwined into its topography, Crete lends itself to on the road explorations that blend discovery with mystique and leave you with awe-inspiring tales to tell.

Each one of the island’s four regions comes with its own unique characteristics, gorgeous landscape, and a collection of great things to do. Our previous blog post focused on the attractions of Heraklion and Rethymnon. This month’s blog will guide you through the sights and highlights of Crete’s easternmost, most unspoiled and authentic region: A remote, significantly less touristic place where life seems to run at a different pace, Lasithi will not stop surprising you. For ideas and inspiration, read on about the top places to visit in Crete, Lasithi. Then just take your pick from Europeo Cars’ well-rounded collection of vehicles– from practical superminis to luxury SUVs, there is something to match every style, need and whim- and set about exploring.

To protect their sea trade, the salterns of Elounda and themselves against Turkish expansionary plans, in 1579, the Venetians built one of their most powerful fortresses on a diminutive piece of land that was cut off from the Kalydon peninsula in the Gulf of Mirabello. At a stone’s throw from Plaka village, the tiny 0.085 km2 islet of Spinalonga served as a military stronghold throughout Venetian rule, until 1715, when the Ottomans took over. In the beginning, it was just an exile location but later on, a community that’s on its hay day comprised of 200 families, was established. Following major political changes and the Cretan revolution at the end of the 19th century, the Turks were evicted from the island in 1903. Spinalonga was transformed into a leper colony, where, by 1913, after Crete became part of Greece, anyone afflicted with the disease was sent there. Notorious for being one of the last active leper colonies in Europe, Spinalonga had nearly 400 inhabitants at its peak. Even though leprosy treatment had been discovered as early as the 1940s, it was not shut down before 1957. It then fell into oblivion until the 1980’s when it began attracting some curious travellers. And in 2005, Victoria Hislop’s rose-tinted portrayal of life on the colony in her blockbuster novel, “The Island” and the hit TV series that ensued, put Spinalonga firmly on the tourist map.

A short 10-minute boat ride from Plaka -you can also reach it from Elounda and Agios Nikolaos– nowadays Spinalonga paints a pretty picture with its medieval citadel and restored colourful storefronts. Venture there to catch a glimpse of history and to swim in secluded beaches.

One of the 81 uninhabited islands of Crete, Chrissi lies approximately 8 nautical miles south of the town of Ierapetra. Its name means golden – the colour of its fine sandy beaches, while locals call it “Gaidouronisi” (donkey island) or just “Island”. Legend has it that Ferrari’s chairman Gianni Agnelli wanted to buy it for himself. With good reason: An earthly paradise, Chrissi is all about exotic waters in every imaginable tone of blue and green; aeons old juniper trees -it is the largest naturally formed Lebanon cedar forest in Europe– and thousands of tiny pink shells that shine like pebbles. 7 km long by 2 km wide, and just 30 metres at its highest point, this small, uninhabited island is a protected Natura 2000 area, with no cars or organised facilities and may be reached by watercraft and tour boats from Ierapetra. Pristine, stunning beaches aside, there is also a 13th-century chapel dedicated to St. Nicholas, a salt lake that still has salt, Roman tombs, a lighthouse and the sleeve of an ancient harbour, testifying to Chrissi’s long history that dates back to Minoan times. Explore the forest, the ruins and the chapel, or while away the hours lazing, snorkelling, floating, swimming and daydreaming.

Above the village of Psychro in the Lassithi Plateau, at an altitude of 1025m, Dikteon cave was the mythological birthplace of none other than god Zeus himself. According to legend, this is where his mother Rhea hid to protect him from Cronus: His offspring-gobbling father who was fearful of being overthrown by his children and therefore ate them. As the story goes, Rhea tricked the mighty titan of the time, by feeding him a stone wrapped in cloth instead of a baby. After giving birth to Zeus, she entrusted the goat Amaltheia with his upbringing. To prevent Cronus from hearing the wailing of the infant, Amaltheia gathered about the cave the Kuretes to dance, shout, and clash their spears against their shields.

Archaeological findings including daggers, arrowheads, figures and double axes, suggest that the Dikteon Cave was indeed a place of cult worship from Minoan to Roman times. Historical interest aside, it is a hauntingly beautiful place too; with ethereal stalagmites and stalactites and a glistening lake in its lowest cavern.

Zakros, the most isolated of Crete’s four Minoan palatial complexes, is located on the east coast, 38 km from the town of Sitia. Though it was the smallest of the palaces -about five times smaller than Knossos– it was also the one nearest to the commercial destinations of Egypt, Cyprus and the Middle East. Set next to a harbour, Zakros was therefore most probably engaged in sea trade with this region, as findings, including excavated elephant tusks and oxhide ingots, corroborate. As the Minoan gateway to the east, Zakros was elevated to an important hub of economic and military activity and was the administrative, commercial, and religious centre of the entire area. Like the other Minoan palaces of Crete, it was built around 1900 BC and was centred on a courtyard flanked by royal apartments, shrines, ceremonial halls, storerooms and workshops. Most ruins date back to the Neopalatial period. Though sparse they make for a mysteriously attractive site to prowl around.

On a windswept plateau, 6 km north of the village of Palekastro and 85 km east of the busy town of Agios Nikolaos, the 15th-century Moni Toplou dominates the surrounding landscape. One of the most imposing monasteries in Crete, this historic bastion had its defences tested by pirates, crusading knights, the Turks and the Nazis alike. The name Toplou derives from the Turkish word for cannon, which is what the monks used to defend themselves against buccaneers during Venetian times. The monastery also played a pivotal role during the aeons old fight for Cretan independence: Under Turkish yoke, there was a secret school on its premises, while during WWII resistance leaders ran an underground radio transmitter here. As is evidenced by several splendid icons from that period, the monastery was already thriving in the 15th century. For ecclesiastical art fans though, the main magnet is “Megas ei Kyrie” (Great Art Thou, Lord)- a 1770 icon by Ioannis Kornaros housed in the on-site Museum. As the area’s largest landowner, Toplou is also an active producer of award-winning wine and olive oil, which you can sample and savour in the nearby tasting room.

The above is but a small sample of the attractions -natural and manmade alike- of the Lasithi region. Stay tuned to our blog for more ideas and suggestions about where to go and what to do on the amazing island of Crete.

Offering car rental services in Crete for more than 30 years, Europeo Cars is a well-esteemed company with a large collection of vehicles to suit every need or whim:

From economy superminis to medium & large family cars and from luxury jeeps, to minibuses, station wagons, minivans and automatics, there is a perfect match for every party size, composition and taste. Aside from its rapidly expanding and impeccably preserved fleet, Europeo Cars is also renowned for its unmatched car rental prices and unbeatable special offers. Having rightfully earned the title of the most economical car hire in Crete, the company boasts stellar customer, service and a crystal clear, fully transparent car rental policy with no hidden terms and conditions. All you have to do is contact Europeo Cars and reserve your prefered vehicle via website or phone, even a few hours before your departure. Then it is the open road that awaits on the island of Crete.